I Met a Ghost at Gettysburg: A Journalist's Journey Into the Paranormal 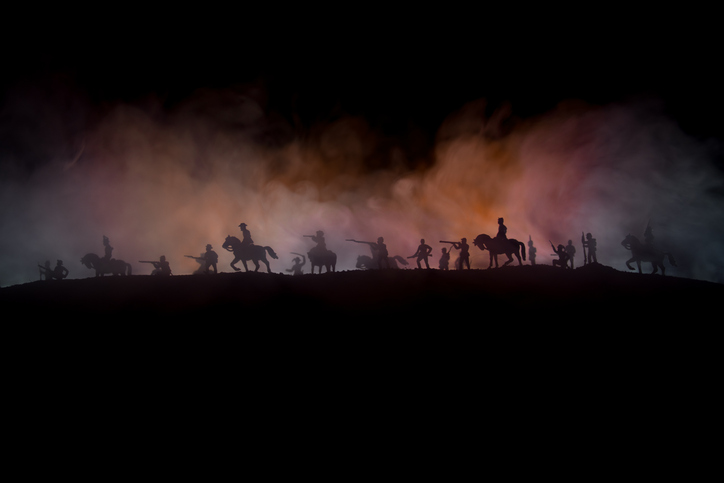 My special guest is paranormal researcher Don Allison who's here to discuss his experiences with spirits in his home and how he met one at Gettysburg battlefield. Get his book I Met A Ghost At Gettysburg right now on Amazon.

My mind was spinning at this point. Here I was – someone who grew up not believing in ghosts, a veteran journalist used to questioning everything – apparently having a conversation with a captain who fought at Gettysburg more than 150 years ago. Was it really possible? Was this some gigantic, wildly ingenious incredible hoax, or was this conversation somehow real? And what was it that brought me – a once dyed-in-the-wool paranormal doubter – to this haunted bridge in search of ghosts? - Don Allison After years of experiences that he could not rationally explain -- experiences that many people encounter, and do shrug off or rationalize - award winning newspaper editor and columnist Don Allison decided to search for answers. Experiences that Don and his grandson experienced in Gettysburg in the spring of 2015 finally convinced Don to present this serious look at the paranormal.. This is what noted paranormal investigator and historian Mark Nesbitt, author of the "Ghosts of Gettysburg" series of books, has to say about "I Met a Ghost at Gettysburg": "A great read. Very entertaining ... I think you've created an "Everyman's" explanation of paranormal experiences. Most people ignore or rationalize away true paranormal events. Your book covers the many types of paranormal events AS paranormal events, and explains how you came (reluctantly, in some cases) to those conclusions." Ghosts busted: Beyond the Fear Testimony throughout recorded history proves beyond a reasonable doubt that ghosts, or energy giving us the impression of ghosts, do indeed exist. People of impeccable reputations, with no reason to lie, have sworn to paranormal encounters. For whatever reason – perhaps fear, perhaps superstition – many people refuse to even consider the possibility of ghosts. In fact, they will go on the attack against those who do share their experiences. Veteran award-winning daily newspaper editor Don Allison used to be among those devout skeptics, even going so far as to doubt his own grandmother’s claims of experiences in a haunted house. But after encountering the unexplained many times, he reluctantly concluded he indeed had experienced the paranormal. Eventually, after what he described as a mind-blowing paranormal encounter at Gettysburg, Pa., he could contain his curiosity no longer. He decided to write about his experiences, and to go a step further – to share the science behind what he had encountered. The result is the latest volume from Faded Banner Publications, “I Met a Ghost at Gettysburg: A Journalist’s Journey into the Paranormal.” Allison said fear of people’s reactions to a book on this topic made him think long and hard before tackling this project. “Once I decided to proceed with this book,” he explains, “I realized I could hold nothing back. I am treating the paranormal as I would any other topic. I am sharing my own experiences and what I have learned from research. I am passing on what other people have told me about the subject and in some cases their own perceptions of what I have experienced.” Contact Don Allison at “I Met a Ghost at Gettysburg: A Journalist’s Journey Into the Paranormal” 128 pages; Illustrated 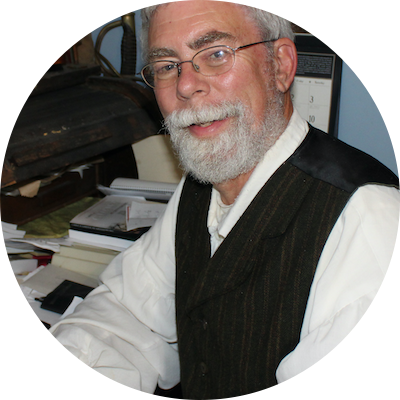 As a journalist I’ve covered trials for murders and corrupt politicians, uncovered environmental threats and fascinating personal stories, interviewed war heroes from World War I through Iraq, and written a very popular weekly column. And, for more than two decades I have authored books on the Civil War, local regional history, and after all that my life got really interesting.
I’ve gone on to something even more incredible, exploring my personal encounters with the paranormal. I’ve learned a lot about spiritual entities, that they can be interesting, and yes they even can be funny. My encounters with the paranormal came literally out of the blue, and were very difficult for me to accept. I have been a lifelong skeptic, and still retain my skeptical nature, but I now appreciate that there are many things in this world that traditional science cannot explain.
My work in the paranormal has led to national coverage on PBS and The Travel Channel, and appearances as a featured speaker at top paranormal conferences. To say my experiences are fascinating is an understatement. Using instrumental trans communication I’ve spoken with the spirit of a soldier who died at Gettysburg, Pennsylvania in 1863. I’ve had other experiences and conversations with spirits, mostly at Gettysburg – and of course I don’t even have to leave to home experience the paranormal in my spiritually active 1830s house.
My first book on this topic, “I Met a Ghost at Gettysburg: A Journalist’s Journey Into the Paranormal,” was so popular and well accepted, and opened so many new doors to me, that I have a follow-up volume, “I Met More Ghosts at Gettysburg: A Journalist’s Paranormal Journey Continues.” The reception these books have received, and the doors they have opened to me, have been nothing short of amazing to me. I currently am working on a third book on the paranormal.
My goal is to raise awareness of the evidence that is all around us of spirits and unexplained happenings, and urge the acceptance of parapsychology as a science. The paranormal, encounters we often describe as ghosts, should not be frightening. Instead they can be enlightening, fascinating and fun.